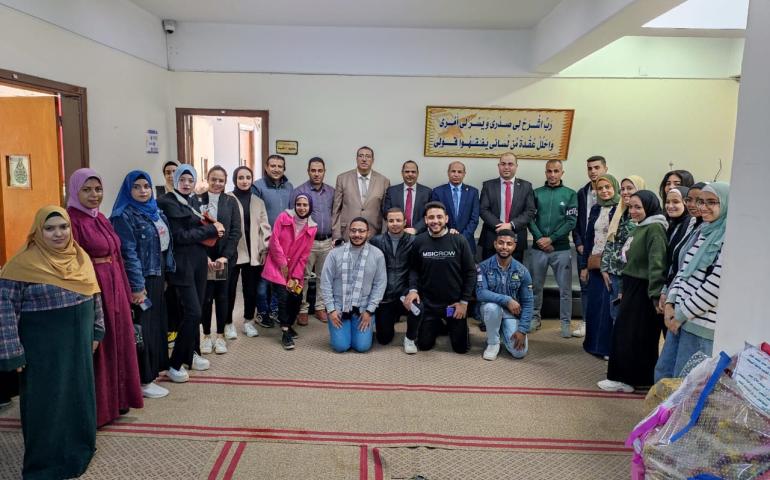 ​
Under the auspices of Prof. Dr. Hassan Mohamed Huwail, Dean of the College

And under the supervision of Mr. Othman Muhammad Othman, Director of the Youth Welfare Department

The elections resulted in the following

The student: Mahmoud Alaa Niazi won the seat of the President of the Student Union of the Faculty of Education

And the student: Tasbih Jamal Tony won the seat of Vice President of the College of Education Students Union

For his part, Prof. Dr. Hassan Muhammad Huwail, Dean of the College, praised that the Student Union elections this year were conducted with integrity and transparency.

He also called on the Union Council to carry out its tasks, which is to help and serve their colleagues in the college in the first place, and to participate in all activities in managing youth care and completing the journey with it, and wished them continued success in their journey.